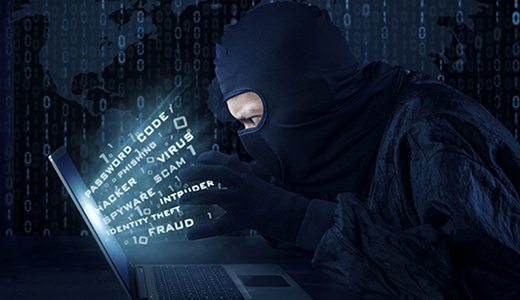 Denial of service attacks: Methods used to prevent them.

What is a Denial of Service Attack?

DoS, or denial of service attack, is an attempt to suspend the services of an online host by flooding the target with excessive and unnecessary requests, causing them to overload and prevent legitimate requests from being fulfilled. DDoS, or distributed denial of service, is where the flooding occurs from multiple sources of attack, rather than just a single computer or IP address.

The results of a successful DoS attack are characterized by a particular website or online service being unusually slow or entirely unreachable. This could be likened to large groups of Black Friday shoppers cramming themselves into a store, blocking entry to the people behind them and slowing down customer traffic.

What are the symptoms of one?

When a client attempts to connect with a service that’s influenced by an effective DoS attack, they may experience the following:

Unwitting (and unwilling) participants of a poorly controlled DDoS attack can lose their own internet connection as the attack jumps from one IP to the next in a spread sequence, knocking entire geographical locations offline. This is usually not intended, as DoS attackers are generally more interested in disabling a specific target.

A recent example of this is when the Australian Bureau of Statistics (ABS) conducted their Census, which had received over $500,000 in stress testing for quality assurance — only to be subjected to a series of DDoS attacks that resulted in multiple interruptions of service. At the time, sites like Google and Yahoo! would have worked fine — only the ABS website was down.

Motives of a DoS attack

Not all cases of mitigated or failed connection is due to DoS; however, it’s a distinct possibility if the affected service has garnered a great deal of publicity lately. This is because perpetrators frequently use DoS software to temporarily disable websites, network providers, web-based services and video game hosts in order to make a statement, gain publicity, exact revenge, or simply as a show of power.

In the case of the ABS being attacked, the Census was a matter of high publicity. As with other high-profile web-based situations, such as the launch of an anticipated site or video game, the attention of unsavory individuals was captured. Attacks were administered for what was guessed to be no other reason than “because they can”.

Denial of service attacks have been used for benevolent causes as well, shutting down criminal enterprises or even singular IP addresses of criminal perpetrators. Hacktivist group Anonymous has gained traction for administering DoS attacks against organizations and people that are thought to have engaged in illicit activities.

Unfortunately, DoS is an effective method of briefly shutting down almost any host whose services are provided over the Internet in any form. An attack can last for minutes or hours, depending on how long the offending IP addresses continue to send superfluous requests. Hosts and legitimate clients usually have to wait it out until it’s over. There are countermeasures to mitigate the effectiveness of an attack, but there’s no surefire way to avoid it altogether.

Typically, hosts with more bandwidth and server support are more difficult to crash, but this isn’t an especially effective means of directly combating such attacks, since the scale has been rising rapidly over the years in proportion to advancements in the technology that can handle it. The volume of an attack nowadays can exceed 400Gbit/s, which could effectively bring large-scale providers to their knees.

There are other well-known methods that are implemented to mitigate the severity of DoS attacks, listed as follows.

The future of DoS prevention

Because of the technicality involved, denial of service attacks not only continue to grow in volume but also complexity. The means of dishing out an attack is growing more sophisticated while security methods are still playing catch-up, and with every new implementation of an attack, security needs more time to come up with a countermeasure, meaning they’re always effectively behind. For now, there’s no certain strategy or one-size-fits-all approach to prevention going forward.