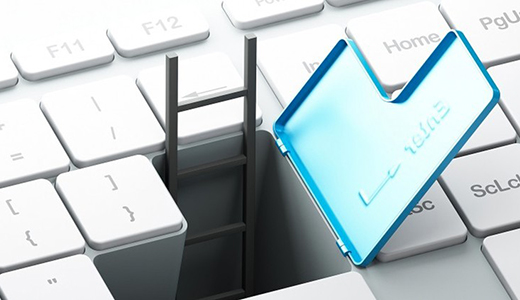 Security Penetration Testing for PCI DSS: What You Need To Know

The PCI Security Standards Council releases new versions of its Data Security Standards every three years. This year it came as a surprise when PCI DSS version 3.1 was released just two years after the release of 3.0 in November 2013. PCI DSS 3.1 formally replaced 3.0 on 30 June 2015.

Why the sudden release? The main reason was believed to be major security flaws such as BEAST and POODLE in the Secure Sockets Layer protocol and the early version of its successor, Transport Layer Security (TLS).

With the release of 3.1, SSL and early versions of TLS have been duly prohibited and security penetration testing is now not an option, it’s mandatory!

11.3 Implement a methodology for penetration testing that includes the following:

New requirements relating to penetration testing that were considered as “best practices” in earlier versions are now compulsory. In simple words, without meeting these requirements, you cannot achieve PCI compliance.

Although penetration testing has always been a part of PCI DSS, what is different in version 3.1 is how it has been mandated. PCI DSS 3.1 directs the inclusion of some key provisions to penetration testing, but does not specifically define what to do and how to meet those provisions.

So what’s the best way to comply with this requirement? PCI DSS 3.0 does not specify which particular methodology you should use but it’s obvious that it wants a robust methodology. You can use NIST SP 800-15 which is used by PCI Security Standards Council as a reference to get an idea of what is really required. You can also try publications by SANS, for instance, “Conducting a Penetration Test on an Organization”. That being said, when choosing a penetration testing firm to carry out the penetration test for you, choose a firm that has developed its own methodology and a reliable one too. You should make sure that whichever methodology for penetration testing you adopt, it must be detailed, easily examinable and justified.

Penetration testing done for PCI clients is often low budget and a bare-minimum process, mostly done as a vulnerability scan. For instance, if a compromise is detected in a missing patch, it is not the missing patch that is the vulnerability, but rather the process that failed to apply the patch to the target. The focus of the penetration testing process should be to discover faults in processes and procedures, and find the missing links with evidence to prove your findings.

As a general rule, a good methodology should include:

It’s necessary to test access to cardholder data from each network that comes under the umbrella of the merchant. This is to prove to the Qualified Security Assessor (QSA) that each control is in place and functioning correctly. It helps ensure that cardholder data is safe from not only external threats but internal ones as well. Another segmentation area that is quite often overlooked is penetration testing within the CDE; this needs to be taken care of too.

All businesses must consider and review the threats and vulnerabilities encountered during the last twelve months. This will require penetration testers to consider often-ignored threats like social engineering – such as password hacking or phishing scams – that have a high rate of success. The goal of this requirement is to provide a real-life scenario and test the system against it. This helps you analyse your security measures and flaw detection capability in case of a real attack.

Small merchants are not excluded

If you’re a small merchant and thinking this probably does not apply to you, you’re wrong. Small merchants relying on Self-Assessment Questionnaires (SAQ) to validate PCI DSS compliance also need to comply with requirement 11.3. No matter what type of SAQ a small merchant is qualified to complete, whether SAQ A-EP, SAQ C, or SAQ D, they are all required to carry out security penetration tests.

All in all, we think it’s a good thing, and hope that this mandatory requirement of security penetration testing and implementation of a methodology for penetration testing will result in fewer cardholder data compromises, more secure networks and fewer breaches and frauds.

Do you have any questions in this area? How can we help you? Remember, Stickman Consulting are penetration testing and PCI DSS compliance experts.